I really need to update more than once a year.

But what the heck. After keeping the boat a couple years on Lake Union, Karin and I decided we weren’t sailing enough. Once we’d get home from summer sailing…the effort needed to get the boat out of Lake Union proved hard to overcome. We didn’t. It’s three bridges and the locks to get out…and that’s 2 hours minimum on any trip. That was enough to keep us bottled up on the lake. 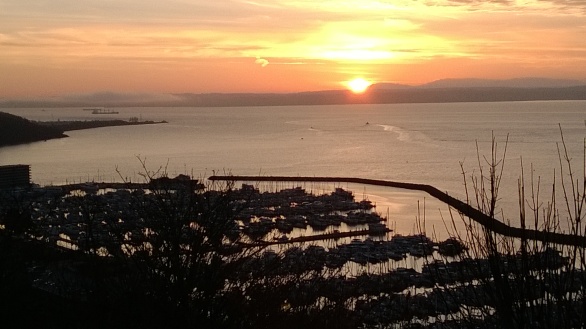 So February first, we came home to the wide lanes and clean docks of Shilshole. Has it worked? We’ll we’ve been sailing 4 times since we got back….including a 4 days to Gig Harbor and Tacoma. So yes, moving the boat back outside has been a smart sailing move.

Now on to more sailing says in 2014…and more days working from the boat!

What we discovered when I had a meeting in Tacoma one weekend is that we can work on the boat if we have a nice strong 4G signal.  We left for Gig Harbor on a Thursday after Karin had wrapped up meetings in the morning.   By 4 pm we were at Arabella’s Landing in Gig Harbor.  OK, boaters know what that really means is that by 4:15 we were at the Tides.

Friday we headed out early (Gig Harbor, great place but bad Wireless signal) and we found that out in the middle of Puget Sound…in Dalco Passage between Vashon Island and Tacoma…there is an amazing 4G signal.   So we cut the engine and drifted out in the middle for 4 hours with Karin conducting conference calls and me working on some documents for the upcoming  American Association of Museums meeting in Seattle.  Sweet! We need to do more of this! 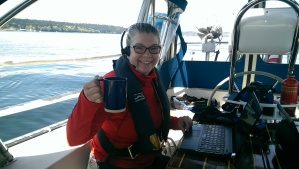 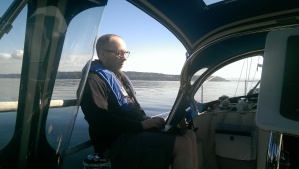 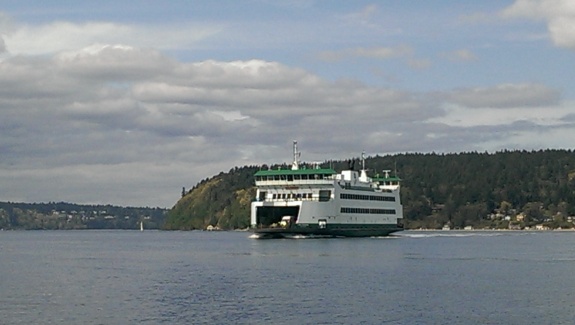